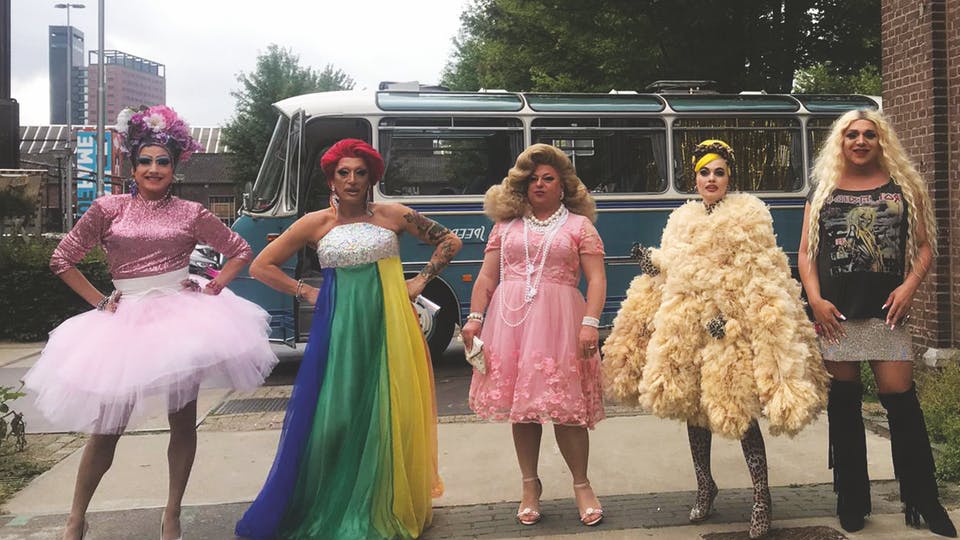 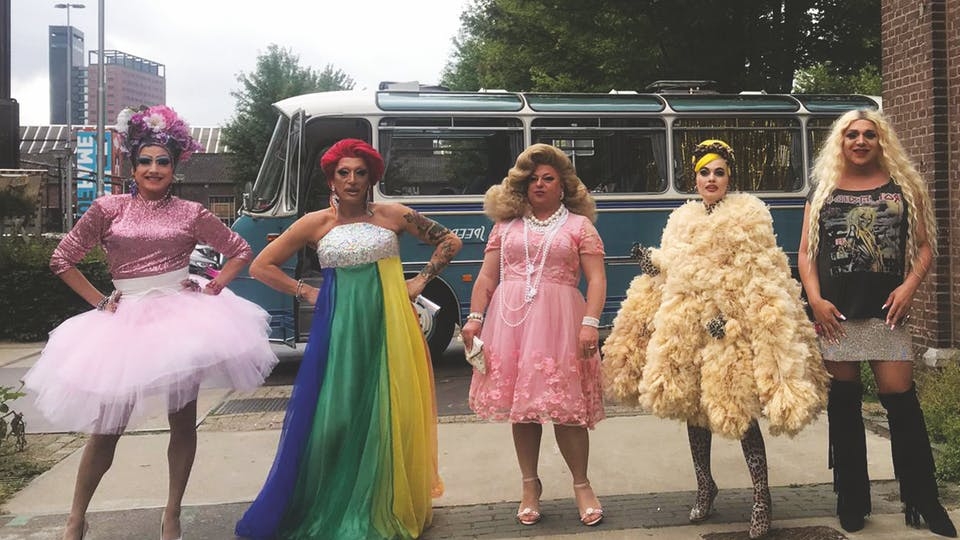 Five drag queens who have overcome a lot themselves are now traveling across the country helping others to become the best version of themselves. Because the Netherlands is full of people who still don't dare to be who they want to be. In each city, the queens are looking for three special people who finally want to show their true face and could use a little help to learn to love themselves. The drags try to get the people they help out of their comfort zone. They get an impressive metamorphosis as a drag queen, with a performance for family and friends at the end. Under the motto: If you dare, you can do anything. "Drag SOS" can be seen on RTL 5 on Wednesday 23 and 30 December at 9.30 pm.

Drag queens: Ashley Knight, Niki Today, Deedee Jansen, Miss Tabitha and Loena Maas go to Tilburg and Vlaardingen in search of people who could use some self-confidence. Among others we see mother Diane. She loves her son dearly but has great difficulty with the fact that her son Bart is a drag queen.

Bart finds it terrible that his mother does not accept him as he is. Diane: "I embarrass myself when he walks down the street as Selena, or - even worse - performs. I get sad about the public's comments about my son." Fortunately, the drag queens know how to deal with that! They come to the rescue and teach Diane to accept her son's drag formation.

The drag queens also visit Patricia, who has little self-confidence because her stepfather mentally abused her for years during her adolescence. The happily married Frans could also use some help from the drag queens. He has been walking around in women's clothing since he was seventeen until his mother caught him. He finally wants to come out of the closet as a drag outside of his familiar family. In Vlaardingen the queens come to the aid of Elton whose little son suffered brain damage after a serious accident. He hopes that his drag metamorphosis will give his son a boost and teach his children that it is okay to be different. In addition to Elton, the queens help single mother Roscane, who has always remained insecure due to bullying during her childhood. And finally, they visit Sindy who has neglected herself through her motherhood, now it's her turn.

With the metamorphosis of the drag queens, they hope to let the participants find their own "innerfabulousness" again.

Drag SOS is produced by Vincent TV productions and can be seen on RTL 5 on Wednesday 23 and 30 December at 21:30.